But there are easy ways to boost your home’s Internet speed, says Ben Miller, a Wi-Fi consultant and blogger with Sniff Wi-Fi. “One of my favorite things to do when I’m at a friend’s house is fix their Wi-Fi,” he says.

Here are six of his favorite fixes.

Not everyone is willing to throw money at this problem, but many people should. Router technology has come a long way in recent years. Getting a new one could improve many situations, especially for people who stick with the gear offered by Internet service providers.

One router that Miller recommends is the Google OnHub. “It uses an adaptive antenna technology that can really boost range and signal strength in the areas where you already had coverage,” he says. Specifically, Miller likes how OnHub’s adaptive antennas use a 60-degree beam to send data in the direction of whatever device you’re on instead of a 360-degree, omni-directional beam. This means even with single family homes, your Wi-Fi could better reach longer distances, like to an outside deck or into the yard.

2. Figure Out Your Frequency

Newer Wi-Fi routers can broadcast in two different frequencies, 2.4 GHz and 5 GHz. Figuring out the best one for your situation can dramatically improve your network’s reach and reliability.

In general, the lower the frequency, the more powerful the signal is. “If you have walls, a refrigerator or a major obstruction between the router and the device you’re trying to use, then 2.4 Ghz tends to be very good,” says Miller.

But the 5 GHz signal has a higher bandwidth, which means it delivers data faster than the 2.4 Ghz band. The 5Ghz band also has more channels available. “If you have neighbors, there’s a higher likelihood that your router will find a channel that your neighbors aren’t using,” says Miller.

Some routers, like the Apple Airport Extreme, have a “dual band” mode, which means they broadcast both 2.4 Ghz and 5 Ghz simultaneously. One reason this might be a good idea is if you have Wi-Fi-connected smart home devices — many of those only accept 2.4 Ghz signals.

Just like in the old days when one neighbor’s cordless phone conversation got tangled up with another’s, Wi-Fi signals can also interfere with nearby networks. To get around this, your router needs to switch the channel on which it’s broadcasting. Most will do that automatically. But programming your channels manually may be a better idea, particularly if you’re having trouble connecting in a particular spot in your home, says Miller.

“If you have a problem area — which typically are the areas that are further away from the wireless router — I go to the problem area, turn on the Airport Utility and look to see if there’s an open channel or a channel that’s less populated by neighbors,” he says. Then he will override the router’s automatic channel selection in order to choose a channel that gets less interference in that spot.

Airport Utility is the Mac OS and iOS program for programming your router. On Windows, Miller recommends running a Wi-Fi scan using the free Acrylic Wi-Fi app. If you’re using an Android device, he suggests using Wi-Fi Analyzer by Farproc.

There’s another way to minimize the interference your Wi-Fi network may encounter as it zips around your home. Some routers have an RTS (request-to-send) setting that users can modify. According to Miller, the RTS setting is designed to mitigate issues with multiple access points on the same channel, which can happen in residential settings like apartment buildings and dense neighborhoods.

“If you lower that setting to whatever your wireless setting supports, a lower RTS threshold will help you out in areas where you have neighbors,” says Miller. So, if there is an RTS field on your router’s setup software, try to set it to zero. If that doesn’t work, start counting up until it works. 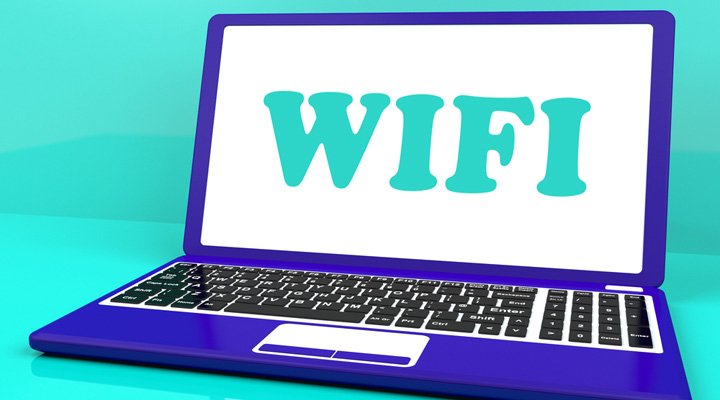 5. Use the Toughest Encryption (or None at All)

For security’s sake, it’s always wise to password protect your wireless network. When setting it up, there are multiple security options to choose from, but as it pertains to your network’s performance, there’s only one: WPA2 security.

According to Miller, WPA2 uses an advanced encryption standard (AES) that’s only available on the fastest wireless internet networks (802.11n and 802.11ac). If you choose to turn off AES or use a different encryption method, it reverts your whole Wi-Fi network to the old 802.11g or 802.11a standards.

“That’s a big one,” says Miller. “It’s relatively common, especially among service providers who have their field technicians set up your Wi-Fi for you.”

6. Stretch Your Network With Powerline

Sometimes problems with a home Wi-Fi network has nothing to do with the network and everything to do with the home — it’s too big. In that case, says Miller, the best option is to use a Powerline to extend your wireless network’s range. A powerline is a device that runs your data through your home’s electrical wiring. You simply plug one powerline into an electrical outlet and connect it to a nearby Internet modem or router via ethernet cable. Then plug another powerline into an electrical outlet in an area of your home where the Wi-Fi signal is poor. You’ll also need to connect that powerline to another Wi-Fi router via ethernet cable. The result should be two strong networks blanketing your home in Internet.

But powerlines can be finicky to use, depending on the quality of the electrical wiring in your home (among other variables). To that end, Miller has sage advice. “Buy powerline adapters that allow you to return them,” he says.