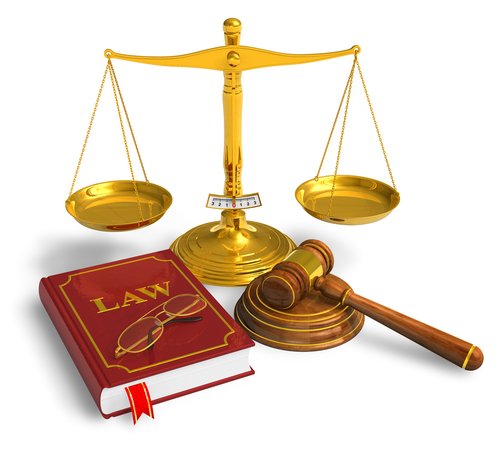 International treaties have influenced the development of laws affecting rooting. The 1996 World Intellectual Property Organization (WIPO) Copyright Treaty requires nations party to the treaties to enact laws against DRM circumvention. The American implementation is the Digital Millennium Copyright Act (DMCA), which includes a process for establishing exemptions for non-copyright-infringing purposes such as rooting. The 2001 European Copyright Directive implemented the treaty in Europe, requiring member states of the European Union to implement legal protections for technological protection measures. The Copyright Directive includes exceptions to allow breaking those measures for non-copyright-infringing purposes, such as to run alternative software, but member states vary on the implementation of the directive.

In 2010, Electronic Frontiers Australia said that it is unclear whether rooting is legal in Australia, and that anti-circumvention laws may apply. These laws were strengthened by the Copyright Amendment Act 2006.

In November 2012, Canada amended its Copyright Act with new provisions prohibiting tampering with digital locks, with exceptions including software interoperability.Rooting a device to run alternative software is a form of circumventing digital locks for the purpose of software interoperability.
There had been several efforts from 2008-2011 to amend the Copyright Act (Bill C-60, Bill C-61, and Bill C-32) to prohibit tampering with digital locks, along with initial proposals for C-11 that were more restrictive, but those bills were set aside. In 2011, Michael Geist, a Canadian copyright scholar, cited iPhone jailbreaking as a non-copyright-related activity that overly-broad Copyright Act amendments could prohibit.

The Free Software Foundation Europe argues that it is legal to root or flash any device. According to the European Directive 1999/44/CE, replacing the original operating system with another does not void the statutory warranty that covers the hardware of the device for two years unless the seller can prove that the modification caused the defect.

The law Copyright and Related Rights Regulations 2003 makes circumventing DRM protection measures legal for the purpose of interoperability but not copyright infringement. Rooting may be a form of circumvention covered by that law, but this has not been tested in court. Competition laws may also be relevant. See also “Europe” section above.

India’s copyright law permits circumventing DRM for non-copyright-infringing purposes. Indian Parliament introduced a bill including this DRM provision in 2010 and passed it in 2012 as Copyright (Amendment) Bill 2012.[38] India is not a signatory to the WIPO Copyright Treaty that requires laws against DRM circumvention, but being listed on the US Special 301 Report “Priority Watch List” applied pressure to develop stricter copyright laws in line with the WIPO treaty.

New Zealand’s copyright law allows the use of technological protection measure (TPM) circumvention methods as long as the use is for legal, non-copyright-infringing purposes. This law was added to the Copyright Act 1994 as part of the Copyright (New Technologies) Amendment Act 2008.

Rooting might be legal in Singapore if done to provide interoperability and not circumvent copyright, but that has not been tested in court.

Under the Digital Millennium Copyright Act rooting is illegal in the United States except by exemption. The U.S. Copyright Office currently grants phones an exemption to this law “at least through 2015”.
In 2010, in response to a request by the Electronic Frontier Foundation, the U.S. Copyright Office explicitly recognized an exemption to the DMCA to permit rooting. In their ruling, the Library of Congress affirmed on July 26, 2010 that rooting is exempt from DMCA rules with respect to circumventing digital locks. DMCA exemptions must be reviewed and renewed every three years or else they expire.
On October 28, 2012, the US Copyright Office updated their exemption policies. The rooting of smartphones continues to be legal “where circumvention is accomplished for the sole purpose of enabling interoperability of [lawfully obtained software] applications with computer programs on the telephone handset.” However, the U.S. Copyright office refused to extend this exemption to tablets, arguing that the term “tablets” is broad and ill-defined, and an exemption to this class of devices could have unintended side effects. The Copyright Office also renewed the 2010 exemption for unofficially unlocking phones to use them on unapproved carriers, but restricted this exemption to phones purchased before January 26, 2013.
Tim Wu, a professor at Columbia Law School, argued in 2007 that jailbreaking is “legal, ethical, and just plain fun.” Wu cited an explicit exemption issued by the Library of Congress in 2006 for personal unlocking, which notes that locks “are used by wireless carriers to limit the ability of subscribers to switch to other carriers, a business decision that has nothing whatsoever to do with the interests protected by copyright” and thus do not implicate the DMCA. Wu did not claim that this exemption applies to those who help others unlock a device or “traffic” in software to do so. In 2010 and 2012, the U.S. Copyright Office approved exemptions to the DMCA that allow users to root their devices legally. It is still possible to employ technical countermeasures to prevent rooting or prevent rooted phones from functioning. It is also unclear whether it is legal to traffic in the tools used to make rooting easy.

5 thoughts on “Legality : Read it before root any android mobile device.”