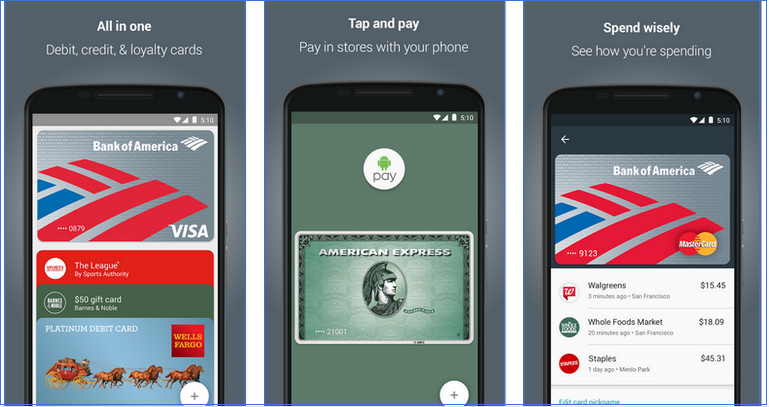 Good news for American. Android pay has officially launched their app on google play store.
Android Pay is the simple and safe way to pay with your Android phone at over one million store locations across the US (and soon in apps). To set it up, just add your credit and debit cards. When you’re ready to pay, simply unlock your phone, hold it near a contact less terminal, and you’re good to go. You don’t even need to open the app.

the Android team has announced it’s officially available on Google Play, so if you live in the US, you should have it on your NFC-equipped phone with Android 4.4 or higher, replacing the old Google Wallet app. Just add a card and you’ll be ready to tap-to-pay (even if you were already set up with Wallet).

Some people is facing compatibility issue,  using the app on rooted phones or receiving errant messages about unsupported cards. Some of those may be fixed if you have the latest version of Google Play Services, so check that first, while others like fingerprint verification need Android Marshmallow.