In recent times, the competition in the lower and mid range segment of Android smartphones is really tough and fierce with companies like Xiaomi, ASUS, Micromax, Huawei etc. jumping in and launching phones with impressive high end-like specs. To take on these competititors, Motorola which started this segment with Moto G has yet again come up with a new and upgraded 3rd generation Moto G. So now without further ado, let’s start the review of Moto G 3rd Gen.
Design and Display: We’ll start with the design and build quality part. The design of the 3rd generation of Moto G is pretty much like the older versions. with the same round edge shape and curved back. Except the previous matte finishing of the back cover is replaced by a textured surface which gives a better grip and also prevents any kind of finger print. There is also a metal-ish vertical strip which has the 13 MP camera at top and the Motorola branding at the bottom, giving a fresh and premium-ish look to the phone. Also a chrome ring runs around, surrounding the phone. 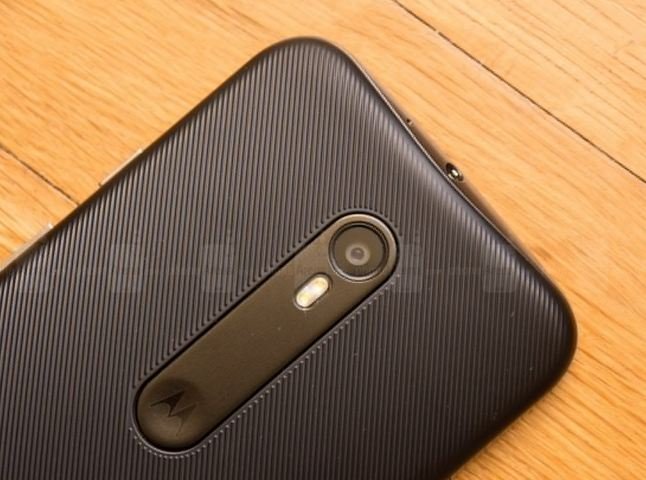 On the right hand side there are volume rockers and the power button, placed such that it is easily accessible by one hand. Although the phone supports a 5 inch screen, thin bezels and curved back makes the phone easy to operate with only one hand. The laft hand side of the phone is bare. The 3.5 mm audio jack is on the top while the USB port is on the bottom of the phone.
The front of the phone is dominated by 5 inch display with the resolution 1280×720 pixels and the pixel density of 294 ppi. Although there are phones offering 1080p HD display in this price bracket, the display of Moto G isn’t that bad either. It bright, sharp, vibrant, has good viewing angles and good visibility in sunlight too. The screen is protected by Corning Gorilla Glass 3 .
On the top, there are the earpiece, set of sensors and a 5 MP front shooter. Unlike its predecessors, Moto G 3rd gen. lacks the LED notification light. Below the display, there is the main, front facing speaker of the phone. It produces a good quality sound, loud enough to be clearly audible in a room. 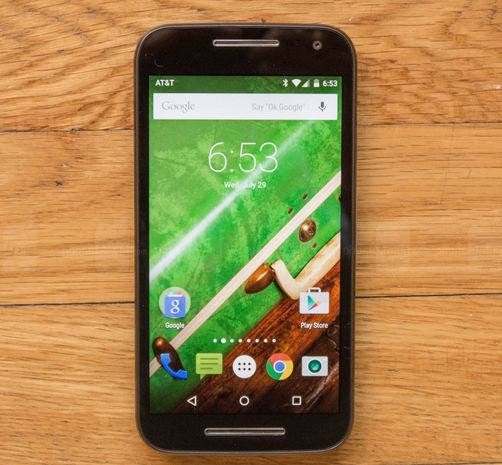 The highlighting feature of the phone is its water resistance. It has IPX7 ratings for water resistance. It provides protection to the phone in freshwater, deep upto 3 feet for 30 minutes. So you can take your phone for a swim or bath without any worry.
Software, Perfaormance and Battery: Moto G 3rd Gen runs on an almost stock version of Android Lollipop 5.1.1. Like the previous Moto phones, this too has promised its users for latest Android updates. Motorola has also brought some of the Moto X features to this phone, like Moto (Active) Display. It shows you the notifications, time and music player controller on the lock screen without waking up the phone. Also it detects the motion of the phone to automaticaly show you the notifications if you pick up the phone or take it out of your pocket. Along with this, there are quick launch motion controls to launch camera or to switch on the flashlight, which might come in handy. 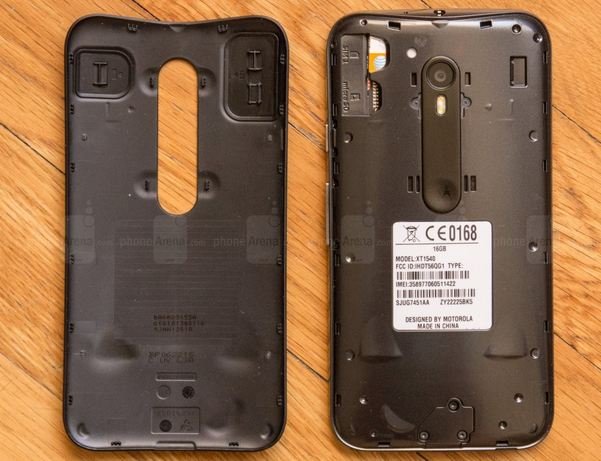 Now coming to the performance part. This phone packs a quad core 1.4 GHz Snapdragon 410 chipset. There are two variants of this phone one with 8GB internal storage and 1 GB RAM and the other with 16GB internal storage and 2GB RAM. Since the price difference between these two variants is minimal, we will recommend you to go for the 2 GB RAM variant. The 2GB variant, which we tested, is really quick and runs with negligible lag. High end games like Asphalt 8 ran without any lag and without overheating the phone. There is also the option of expandible memory and you can move apps to the SD card as well, though there is no option of installing the app directly to the SD card. The graphics of the phone is managed by Adreno 305 GPU which does an average job. Overall performace of the phone is fluid and good.
In the power department, Moto G packs a 2470 mAh non removable battery. The battery life is enough to last the whole day with moderate usages. Although using 3G or 4G connection drains up the battery bit quicker.
Camera: The camera section got a big upgrade in the 3rd edition of Moto G. It has 13 MP of primary camera with Sony IMX214 Exmor RS sensor, f/2.0 aperture and True-Tone LED flash. It is the same sensor used in Nexus 6. The front camera has been upgraded to 5 MP wide angle camera. The camera UI is simple and without much customization control to the user. The image quality is really good. It takes great pictures in bright conditions but in low light conditions, the picture lacks details and has some noise too. The True Tone flash does its job nicely and brings out the real colour tones. You can also record 1080p HD videos at 30 fps and can record slow motion videos in 720p. The quality is nice.