From the image, it can be deduced that the Razr 2 has subtle design changes and it looks like the company has worked on refining the edges and overall bezels on the phone. The phone has a Mercury Silver finish and the fingerprint sensor on the chin seems to have been moved under the display. 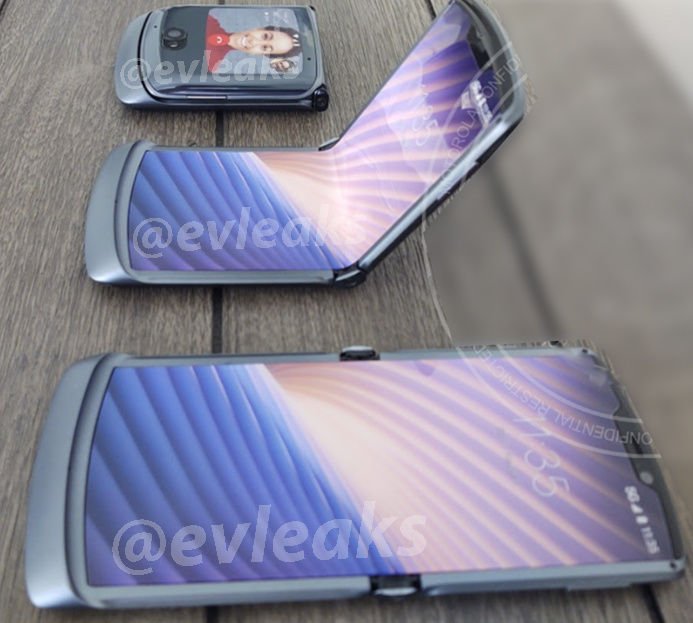 When closed, there’s a smaller display on the flap accompanied by a camera. The screen looks the same as on the current generation Razr, but earlier rumours have indicated that the Razr 2 could come with a larger on-screen display. The Razr 2 is expected to come with dual cameras, a primary 48MP camera and a 20MP secondary camera. The phone has a notch cutout to house the selfie camera and you can also see the flip mechanism on the right and left edges.

The Razr 2 could come with 2,845mAh battery with support for 18W fast charging. Overall, the Motorola Razr 2 looks like an incremental update that works on what the Razr 2019 missed like better cameras, bigger screen and battery.

There’s currently no official word on when Motorola will launch the Razr 2 but we will keep an eye for any developments about the Razr 2.