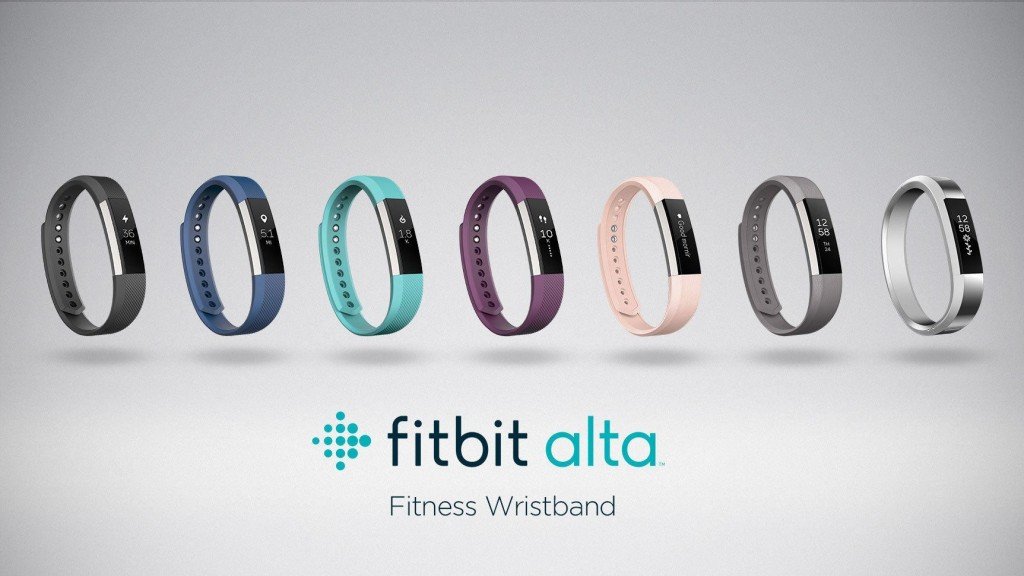 The Alta is Fitbit’s best-looking tracker yet, but it doesn’t do everything its predecessors can

Who should buy: Those who want an attractive fitness tracker for monitoring the basics, like step count and calories burned

Fitness trackers are getting smarter, smaller, and more comfortable to wear. Despite these advancements, most of them look basically the same: a sleek black band paired against a tiny screen with maybe one or two distinguishing features. Fitbit is making an effort to change that with its new Alta wristband, which costs $129.95 and went on sale March 9.

At first glance, it looks like the Alta follows the same tired formula. But unlike many of Fitbit’s products, Alta owners can swap out their straps. That idea isn’t original — the Apple Watch and other devices have the same ability. Fitbit’s primary rival, Jawbone, also offers users a selection of fashion-friendly choices.

Still, the Alta suggests that Fitbit is rethinking how it designs its fitness bands. Fitbit’s most recent products, the Alta and Blaze watch, are the company’s only wrist-worn wearables that are compatible with a wide array of straps in various colors and textures.

The Alta’s smaller size makes it the most comfortable Fitbit I’ve worn. Its thin frame is much more discrete than the chunky Blaze, as well as Fitbit’s older wristbands, like the Charge and Charge HR. Compared to a smartwatch, the Alta is barely noticeable. That makes it a good choice for those who want a wearable that tracks their sleep habits, as it’s more comfortable to wear to bed.

In the past I’ve found Jawbone’s UP bands to be even more subtle and slim, but they lack a screen of their own. That means I have to use a phone to check health updates or see the time and notifications. The Alta delivers texts, calls, and calendar alerts to the wrist, while also nudging you with reminders to cram in a few more steps every hour.

It’s incredibly easy to swap the Fitbit Alta’s band, an essential feature of a fashion-oriented smartwatch. Removing a band is as easy as pressing a button on the Alta’s underside and pushing the strap out of its clasp. Adding a new strap is equally effortless: just slide the end of the strap into the clasp until it clicks into place.

The Alta can track many important fitness statistics, such as steps taken, calories burned, distance, and “active minutes.” (Time spent doing any physical activity more strenuous than a regular walk.) It can also monitor your sleeping habits, recording how long you’ve slept, the number of times you’ve woken up in the night, and how many minutes you’ve spent restless throughout the evening.

The Alta, like some of Fitbit’s other products, is capable of tracking exercise and sleep automatically, meaning you won’t have to remember to set the wristband to a certain mode to get credit for your workout. You have to exercise for at least 15 minutes for Fitbit to auto-log activity, but you can edit this down to a 10 minute minimum within the app.

These are all helpful metrics for capturing a snapshot of your overall health. But the Alta lacks a heart rate monitor, so more serious athletes may want to look elsewhere. Nor does the Alta monitor how many flights of stairs you’ve climbed in a given day, one of my favorite stats on the other fitness bands I’ve worn — after all, it makes you feel a little less lazy on days when it’s impossible to squeeze in a workout. Fitbit’s “Active Minutes” metric helps fill this void, but it would have been nice to have both numbers.

The Alta lasts for a decent amount of time on a single charge, too. After powering up the wristband, I was able to get through nearly a week wearing the Alta without having to recharge it. But battery life can depend on lots of different factors, like how often you activate the device’s display. Fitbit says the Alta should last for about five days on a single charge.

The Alta also brings a new way of interacting with Fitbit’s devices. Rather than pressing a button to cycle through stats, you tap the screen to view steps, calories and other data. You can wake up the screen by either double tapping the display or turning your wrist toward your face, a feature Fitbit calls “Quick View.”

This works well most of the time, but I often have to overtly rotate my wrist in order to get the screen to light up. A subtle twist won’t do in most cases, which sometimes made it difficult to turn on the screen while running. I’ve encountered similar hiccups with the touchscreen, which occasionally required more than one tap before switching between metrics.

Fitbit is the world’s leading wearable company in terms of sales, according to research firm IDC. But the Alta faces plenty of rivals. Garmin’s Vivofit 3, for instance, offers similar features for roughly $30 less, but it’s not quite as slim as the Alta. Jawbone’s lineup of UP fitness bands are also comparable to the Alta: they’re slick, colorful, and offers many of the same features. The UP3, which Jawbone sells for $179 but can be found for around $100 on Amazon, comes with a built-in heart rate monitor and some other health sensors that aren’t often found in most fitness trackers. But the lack of a screen on Jawbone’s bands could be a deal breaker for some.

Overall, the Fitbit Alta is a great choice for those who want a sleek fitness band with a screen that can keep track of most health statistics. It’s comfortable to wear and will last for several days on a single charge. And its interchangeable bands are a nice bonus, allowing users to change the look and feel of their Fitbit over time. (The premium leather bands will set you back $60, though.)

The Alta is among the best fitness trackers for most people, but athletes and sports enthusiasts might want to opt for something more comprehensive that can track other stats, such as heart rate, altitude, and location.