Google opens access to App Inventor tool to anyone with a Google account, giving them the step-by-step capability to build apps for their own Android phones. 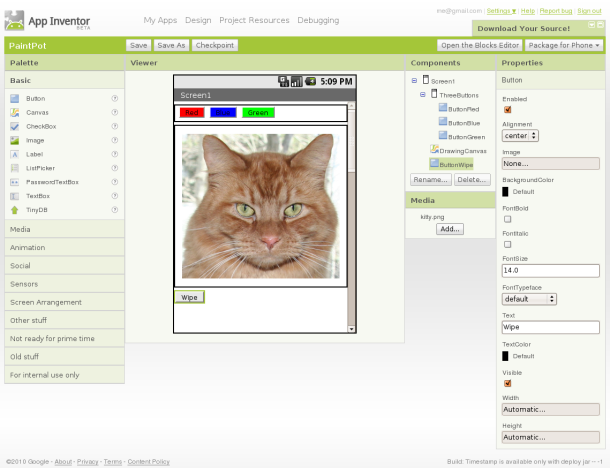 Anyone can now be an Android app designer.

Google’s App Inventor, which was previously available to people only on request, is now free for anyone who wants to create their own Android smartphone apps. Part of the Google Labs playground, App Inventor offers you a programming environment to create those apps but doesn’t require that you have any programming skills.
By following online tutorials and visually building an app step by step, early adopters of App Inventor have already been able to create some clever programs, according to a Google blog, including vocabulary apps for kids, a bus scheduler, and even a marriage proposal cloaked within a Harry Potter quiz.

The apps themselves are built on a personal computer but then synced with the phone, so budding designers can see how their creations look and work on the mobile device. The apps can be as simple or as complex as the developers can and are able to make them. Google also encourages people to share their experiences and any questions about building an Android app through the program’s discussion forum.