OnePlus 3 has a confirmed launch date of 14th June. Thanks to Chinese smartphone certification site TENAA leak, the veil from the design and basic specifications of the device is finally off. The leaked images and details confirmed the popular rumors and speculations about the device. The design of the phone looks exactly like a rendered image leaked some days ago. 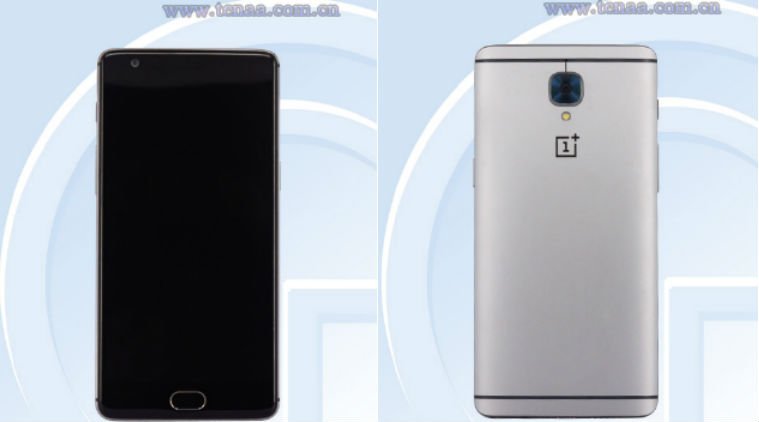 The look of the phone looks pretty similar to that of iPhone and HTC One devices. Going by the image, OnePlus 3 is going to have a metallic back with two thin shiny plastic strips near top and bottom of the device. On the front, the Home button probably has a fingerprint censor. The device is pretty slick with 7.3mm of thickness.

As for the specs of OnePlus3, it has a 5.5-inch AMOLED Full HD display, Qualcomm Snapdragon 820 processor, 4GB of RAM, 64GB of storage, 16-megapixel rear camera, 8-megapixel front camera, and 3,000 mAh battery. It runs Android Marshmallow 6.0 on Oxygen ROM which is nearly stock version of CyanogenMod. Though some recent screenshot showed Android N running on the device so it is a possibility that OnePlus 3 will be among the firsts to get an Android N upgrade.