According to OnePlus’ statement on Weibo, the company observed that the “Photochrom” filter option to be a privacy issue and also agreed with the feedback of various users in the community. The company iterated that the original purpose of the filter was to perceive the characteristics of infrared lights to give unique textures in the photos that were captured through it. 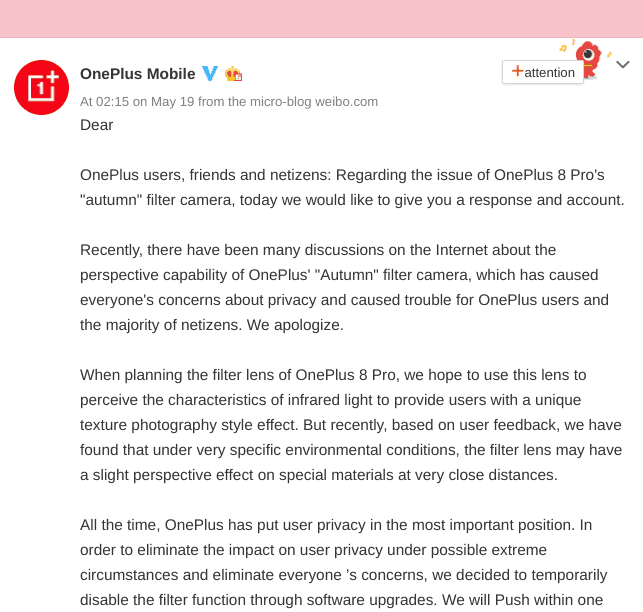 The company has mentioned that the update will be pushed within a week. The filter option in question is under the ‘Photochrom’ feature on Oxygen OS elsewhere and ‘Autumn’ feature on Hydrogen OS in China. Apart from this, Oneplus added that some users did like the feature due to its ability to take intriguing landscape shots and hence, has said that the company will adopt new solutions to make this filter work without any issue and relaunch it in the future.