If you  are a fan of DC’s Dark Knight and are about to buy a phone then this will probably be the best news for you. After an year since Samsung launched an Iron Man themed device, they are coming with a Batman edition of their flagship device Galaxy S7 Edge. This device is called Galaxy S7 Edge Injustice Edition. Samsung is launching this device to commemorate the third anniversary of the mobile game Injustice: Gods Among Us, and it’s being produced in partnership with Warner Bros. 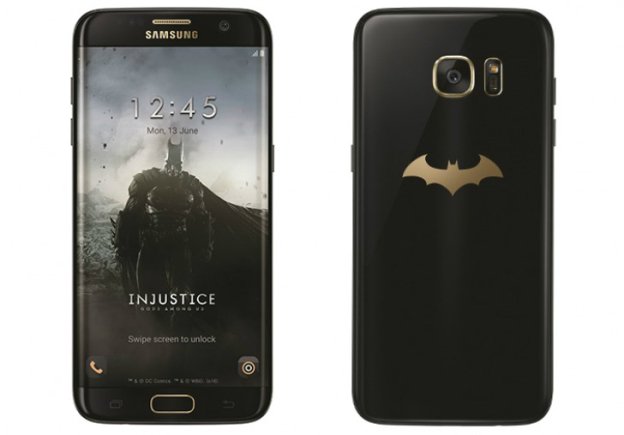 “We are excited to partner with Warner Bros. Interactive Entertainment and offer a special edition of Galaxy S7 Edge for fans of Injustice: Gods Among Us. Samsung always seeks to provide the best mobile gaming experience for its users, and this partnership reinforces our commitment to the game’s fans.“

The unboxing video released by Samsung shows the package including a Samsung Gear VR headset, as well as a real gold-plated Batarang and a rubber phone case modeled after Batman’s armor. The Batman edition of Galaxy S7 has the black and gold colour scheme with a Batman symbol at the back. This makes the phone look like a real treat for comic book nerds. The UI of the phone is tailored to give it a Dark Knight feel. Also the game Injustice seems to be pre loaded on the device. But the bad news is that this phone will not be available worldwide. It is a special edition phone and will be available in early June in select territories, including China, Singapore, Korea, Latin America, and Russia. Samsung says that they will be announcing other available markets soon.