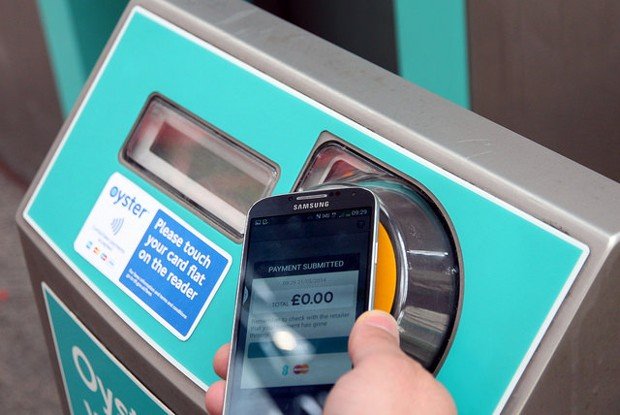 Android users in the UK are already enjoying many great features of Android from Google Photos to Google Play, and in the next few months Android smartphones will become even more useful with the launch of Android Pay. We’re bringing together payment networks, banks and retailers to help you pay simply and securely, Said by A Google’s employee.

Android Pay will support MasterCard and Visa credit and debit cards from many of the UK’s major financial institutions — including Bank of Scotland, First Direct, Halifax, HSBC, Lloyds Bank, M&S Bank, MBNA and Nationwide Building Society — with new banks being added all the time.

You will be able to use Android Pay everywhere contactless payments are accepted, including your favorite places at which to shop and eat every day, such as Boots, Costa Coffee, Waitrose, and more. You can also tap and pay as you go across London on the Tube, buses and trains, using Android Pay with Transport for London (TfL).

Android Pay will help you speed through checkout within your favorite apps including JD Sports, Deliveroo, YPlan, and more. Say goodbye to entering your payment or address details every time you want to shop.

Making it easier for developers to include Android Pay in apps
We’ve teamed up with many leading payment platforms, processors, and technology providers in the UK and US to make it even easier to accept Android Pay in stores and apps. Visit the Android Pay API developer site to learn more.

More places to tap and pay in the US
Android Pay has been growing steadily in the US with 1.5 million new registrations happening each month. You can now tap and pay in millions of physical locations, including Best Buy, Peet’s Coffee & Tea, and Rubio’s in addition to using Android Pay in more apps like Eat24, Eventbrite, and Ticketmaster. And, we’ve teamed up with Plenti to make it easier for you to earn loyalty points and redeem rewards through your Android phone at their participating retailers.