Whatsapp Chat Room will available soon. This feature is not exactly new, as it was officially announced by WhatsApp parent company Facebook over on their official Twitter account. However, it was unclear if or when we would see the feature on the mobile application. Digging by none other than WABetaInfo has found a toggle in the latest version 2.20.139 Android beta build of WhatsApp.

According to WABetaInfo the Facebook Messenger Rooms feature is now rolling out in the latest WhatsApp beta build for Android. Facebook has officially confirmed the rollout of the Zoom-like option for its own dedicated app and Messenger platform, however, no mention was made to WhatsApp messenger. 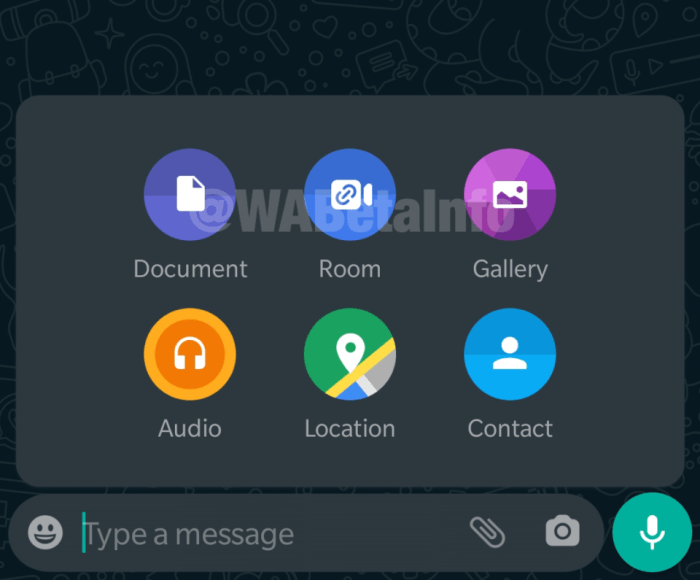 It looks as though some with the 2.20.163 update is bringing the Messenger Rooms feature to those with the beta installed. Reports suggest this is only currently in the USA, but should be rolling out globally over the coming days. To check if you have the feature available and enabled, just open a chat and tapping the paperclip overflow menu will show a new “Room” toggle — which replaces the “camera” toggle. Selecting the new option will give you a quick introduction to the new feature and ask you to link with Facebook Messenger. 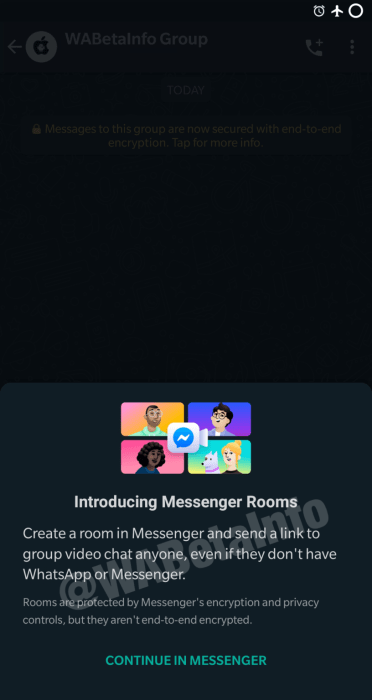 This move is part of Facebook’s direct challenge to the recent explosion of video-calling app Zoom. By leveraging the Facebook Messenger, WhatsApp, and Instagram apps, Messenger Rooms will be able to work seamlessly on a multitude of hardware across potentially billions of devices.

Of course, this feature is not yet live or user-facing. Instead, it hints that WhatsApp will potentially gain support for the Messenger Rooms feature in super-quick fashion. As more people are following local government self-isolation and lockdown procedures, Facebook will be looking to position itself at the top of the video-calling totem pole. 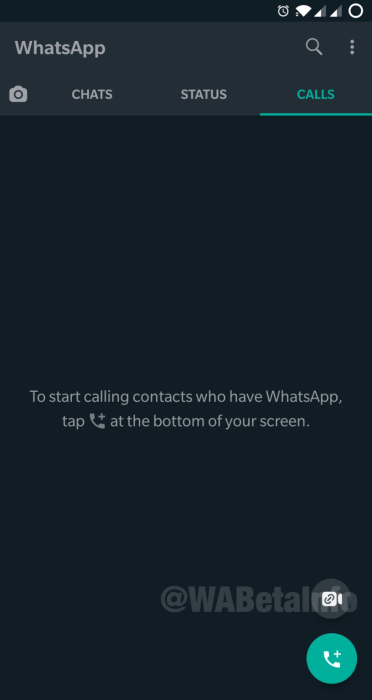 Combine the upcoming Facebook Messenger Rooms with the recent WhatsApp video caller increase to 8, and you can see why it might be the first port of call for many non-techie people out there to simply get in touch with friends and family.

The feature is said to be rolling out in a few countries, but Facebook has not specified, nor is the option user-facing in the latest beta build of WhatsApp. When live, you’ll be able to create a “Room” that anyone can join at any time with a direct link. Because you don’t need to have WhatsApp or Facebook Messenger, the Rooms feature will likely be very popular for many due to the simplicity of not needing extra software.

We’re not sure when the option will officially roll out, but a safe estimate would be over the coming weeks.