WhatsApp is testing a new feature to give its users an ability to send disappearing messages. These messages will self-destruct after a set period of time. The traces of this feature were spotted in the recently released public beta version of WhatsApp for Android – dubbed as v2.19.275. It is currently said to be in development and is not available for public usage, even as a part of the beta version.

According to known WhatsApp tipster, WABetaInfo, the Facebook-owned platform is actively working on the feature and it will be released “bug-free” as a part of a future WhatsApp update.

“As the name suggests, any message eligible to be ‘disappeared’, will be automatically deleted from the chat!” said the website

When the chat is marked as “disappeared,” all messages will be automatically removed after a certain interval.

The user will be able to mark the chat as “disappeared” enabling the option “Disappearing messages”, in Group Info.

It’s one of the most popular features on highly-encrypted chat platform Telegram.

Disappearing Messages feature would be useful for those who share sensitive information on WhatsApp. 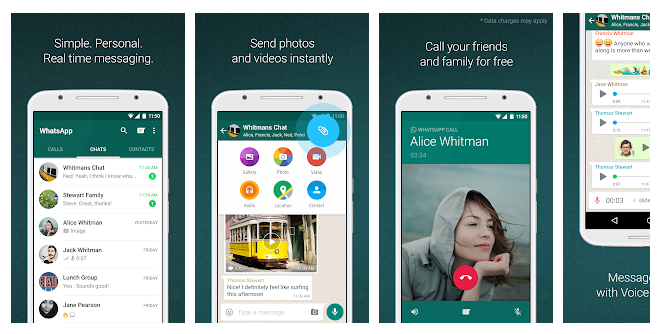 WhatsApp had last month rolled out a feature for Android users to let them share their status stories directly on Facebook Story and other apps. Just like Instagram, WhatsApp’s status Stories let users post images, text and videos on your profile that disappear after 24 hours.

WhatsApp didn’t make an official announcement yet but several users reported this on Twitter.