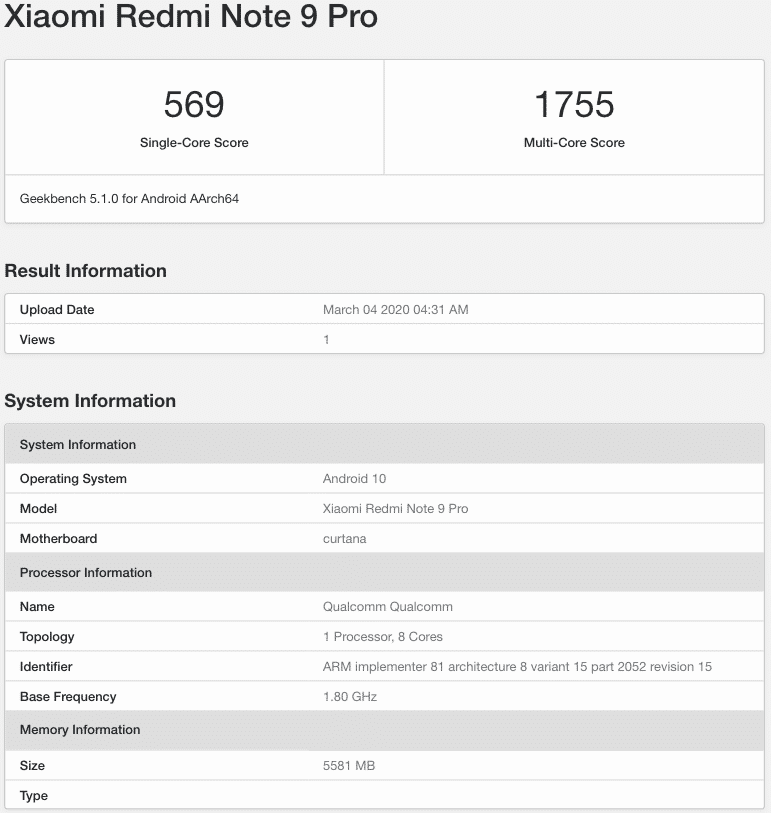 For now, this is everything the Geekbench listing has revealed about the Redmi Note 9 Pro, but the company has already listed the forthcoming Redmi Note 9 series smartphone on the Amazon India website, which has teased that the device will flaunt a higher refresh rate display, a relocated Redmi logo at the rear, and a quad rear camera setup. We, however, are not sure as to whether or not the company will be launching the Redmi Note 9 Pro on the said date. It could even be the vanilla Redmi Note 9. For now, we can only speculate and suggest that our readers take things with a slight grain of salt.

How to Enable Dark Mode on WhatsApp Mobile and PC

What are your thoughts on the upcoming Redmi Note 9 Pro smartphone? Do let us know in the comments section below.