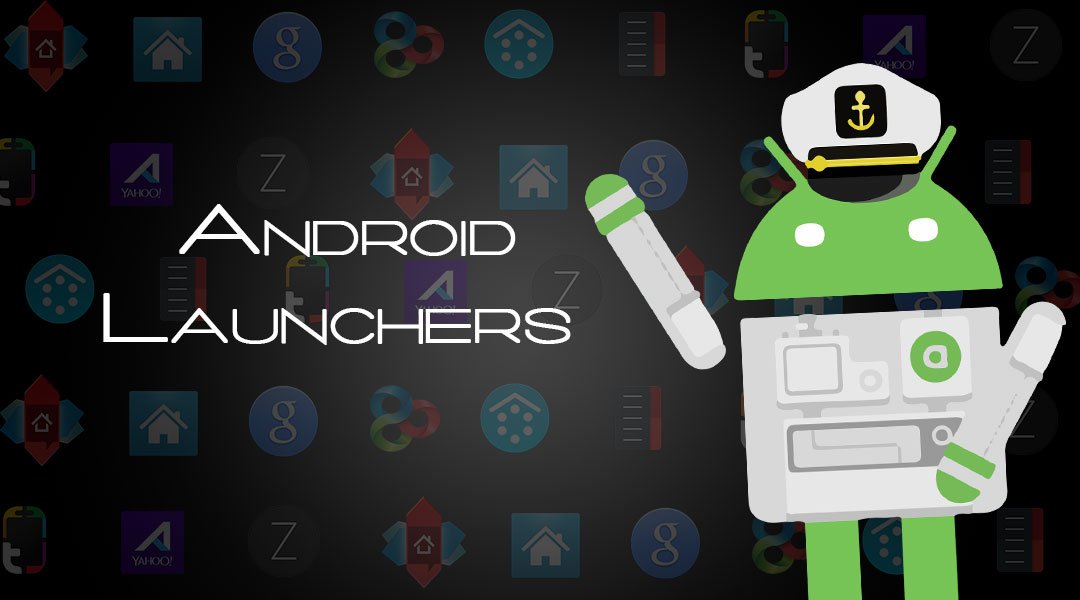 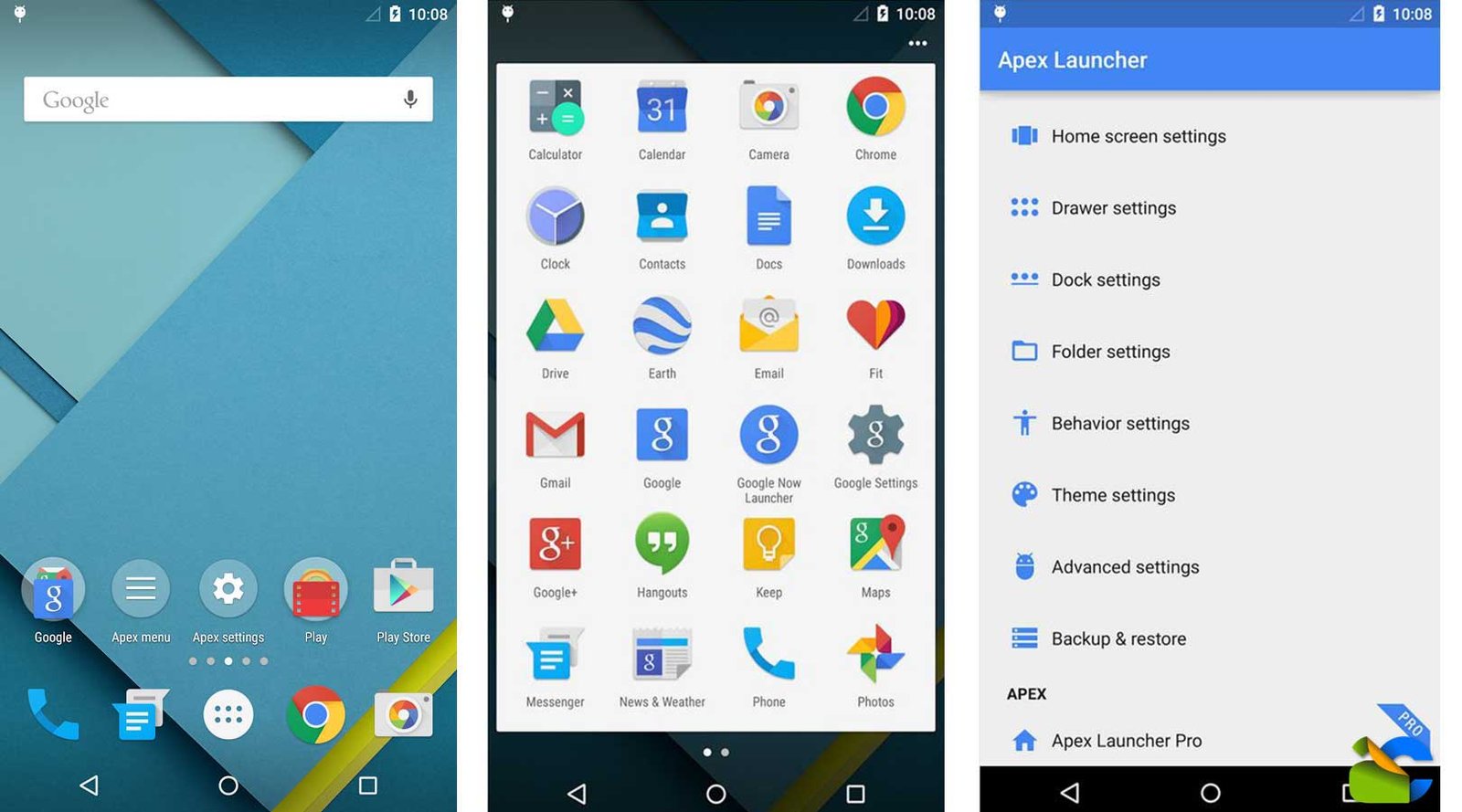 Apex launcher is a launcher developed by Android Does. It’s one of the most popular android launchers available. It comes with plenty of customization options which gives it lots of flexibility. It allows you to add up to 9 home screens,  has scrollable dock with up to 7 icons per page. You can also add widgets to your home screen. It supports icon packs. But the best thing about this launcher is that it supports themes of other launchers like ADW, Go launcher etc.

Themer is a launcher by MYCOLORSCREEN. It comes with plenty of free themes which include HD wallpapers, icon packs and amazing widgets. This makes Themer a complete package. The best thing about Themer is unique and beautiful design of themes which makes it one of its kind. All themes are completely customizable. You will need Zooper widget to fully enjoy this launcher. 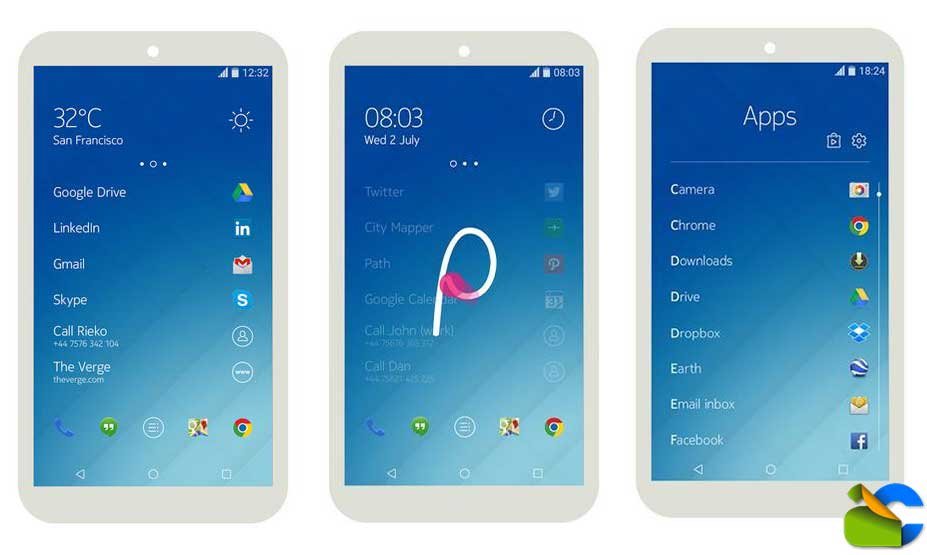 Z launcher is developed by Nokia Apps. This launcher is not so reach in features but it is an easy to use android launcher. This launcher adapts to the ways you use your phone and customize itself according to that. Launching any app is really easy in this one, all you have to do is write the first letter of that app’s name on your screen with your fingers. After a recent update Z launcher now supports icon packs as well. 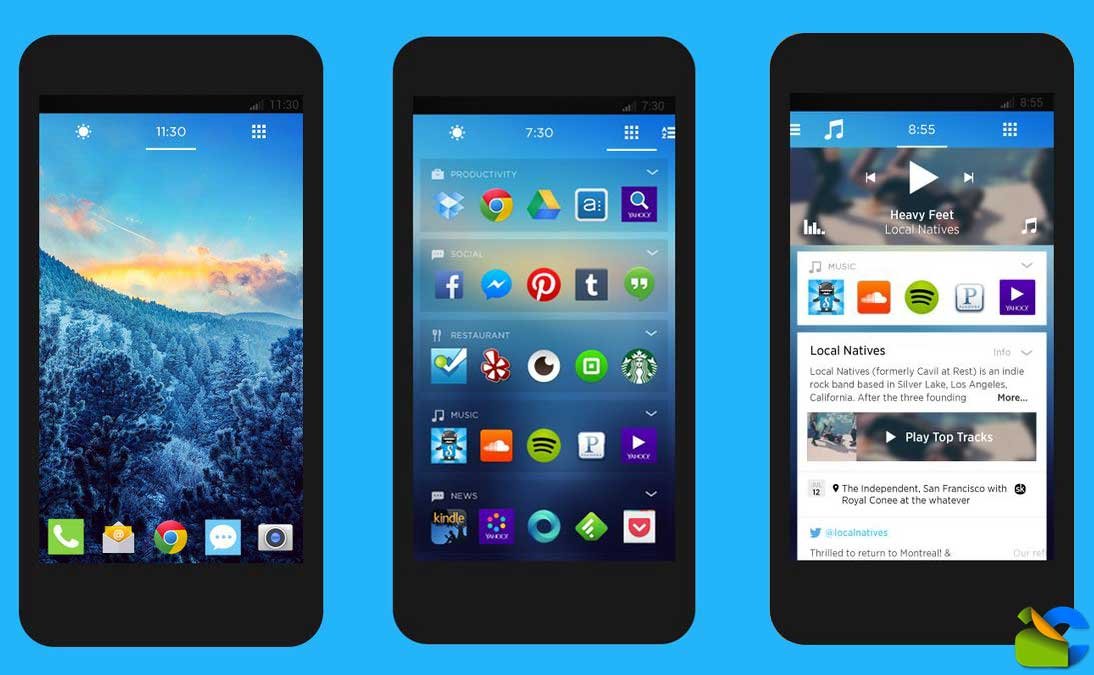 Aviate is a simple but gorgeous looking and smart android launcher. Its home screen is simple and clutter free. It arranges your apps according to different categories and give more priority to the app you use more frequently. It also adjusts itself according to the time of the day. For example in the morning it will show you news and weather forecast. And in the office hour it shows you productivity apps and when it finds out that you are driving or on the move it will bring music and navigation apps on your homescreen. 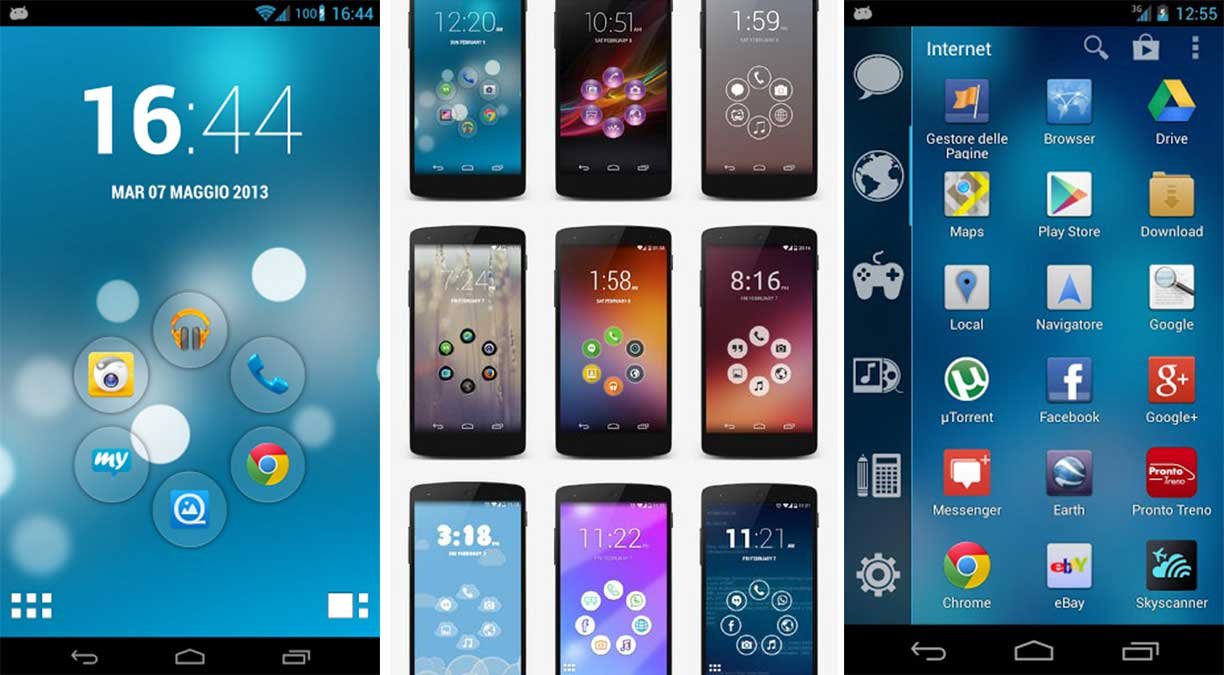 Smart Launcher 2 is developed by GinLemon. It is an innovative and minimalist design launcher application. It is really lightweight so it can run pretty smoothly on low configuration phones. It is also really user friendly and allows you to launch any app by just a few taps. On the home screen you have 6 most used app icons arranged to look like a flower. The applications in the app drawer are arranged under different tabs. You can also customize gestures to launch any application. 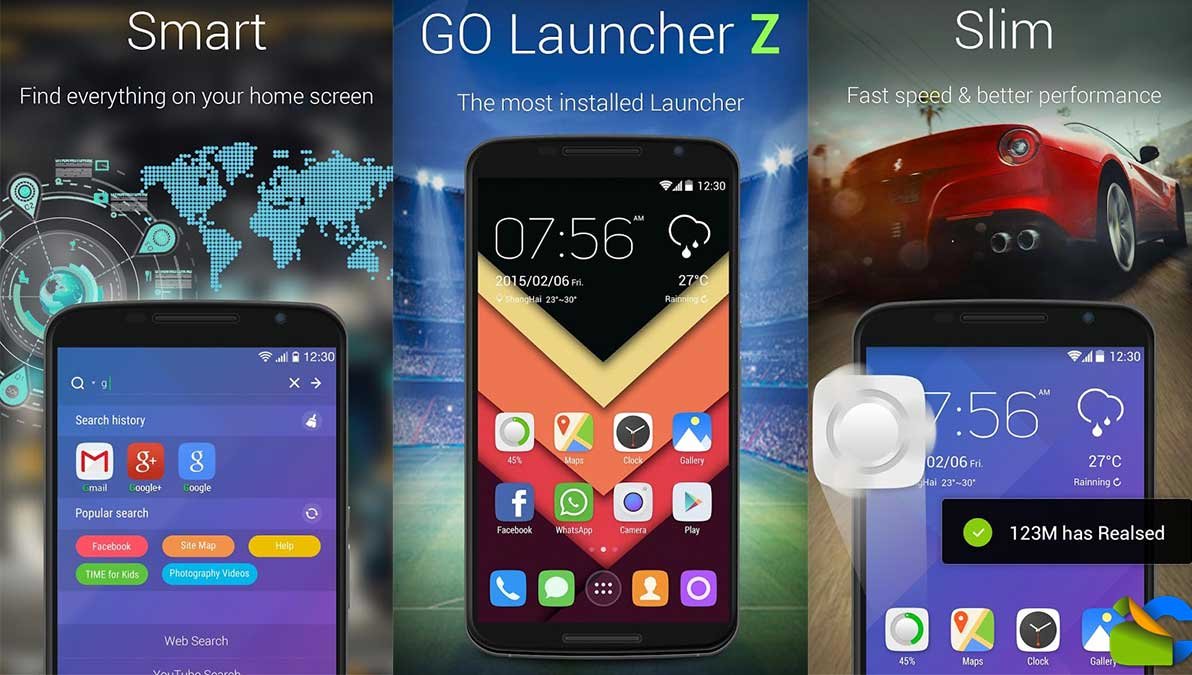 GO Launcher is one of the most popular android launcher. It comes with many customizable options which include wide range of themes, transition effects and icon packs. You can also launch apps by gestures. The most important think to remember about this app is that it takes a lot of space on your device so if you have a low configuration phone, this won’t be a good choice for you. 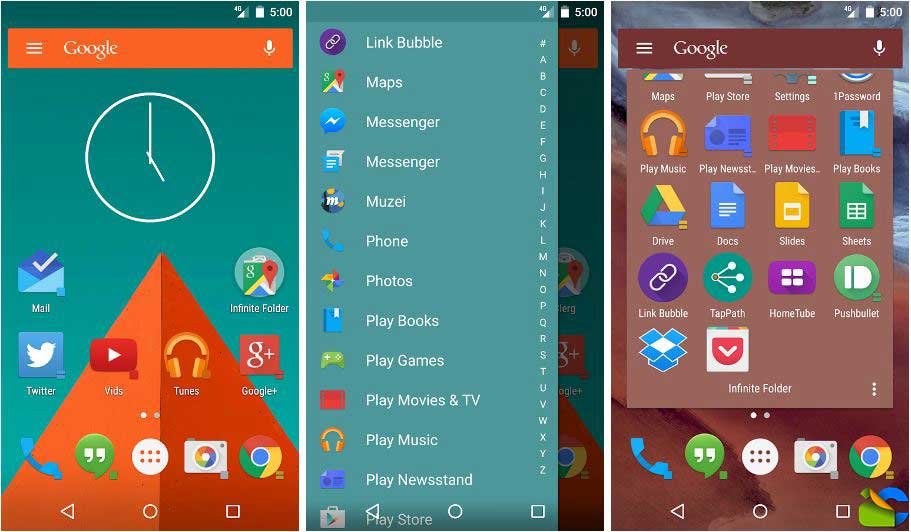 Action Launcher is developed by Chris Lacy. It is a lightweight android launcher. Action Launcher three is based on material design. There is no app drawer in this launcher. Swiping from left of your screen opens the list of apps arranged alphabetically. Being a lightweight  launcher, it’s really smooth. It has a really good feature called “Covers”. It’s a feather in its cap. This option allows you to open any app in a folder like window by swiping on the icon. It maintains the good look of the launcher even after opening any app. 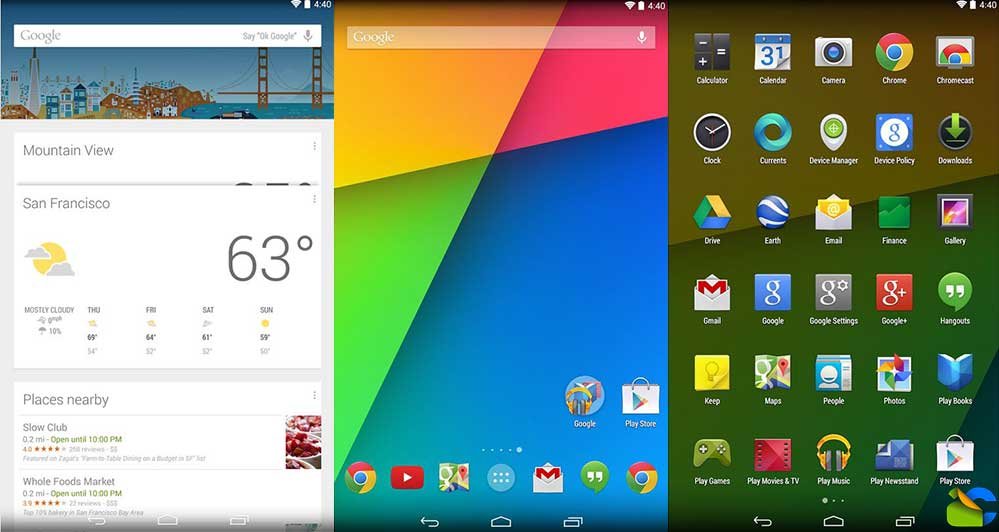 This is the ultimate stock experience you can get on a custom user interface. Google Now doesn’t offer many features like other launchers mentioned here’s but it ensures a pure Android experience and stability. On swiping from left of the screen on home screen, Google Now opens. The cards in Google Now will show information depending on the time of the day. 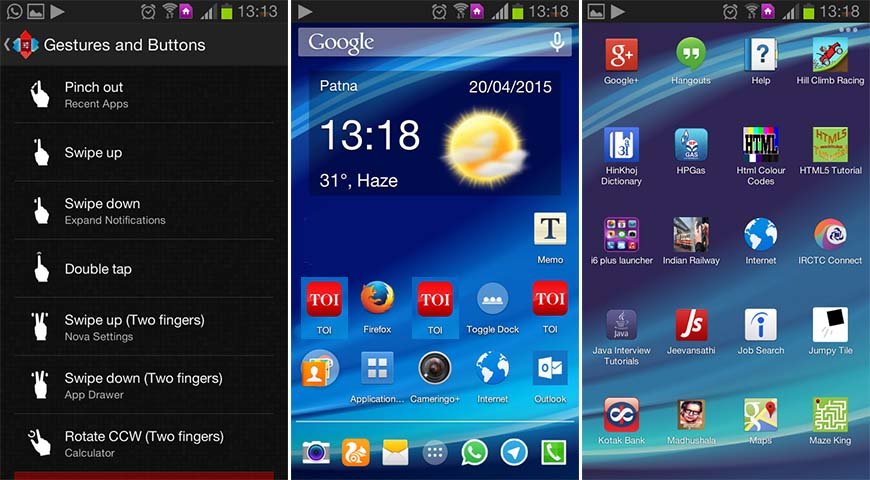 Nova Launcher by TeslaCoil is arguably the best Android launcher available. It is a highly customizable and lightweight. It is highly optimized and claims to be the fastest launcher. There are plenty of customisation options available. To know everything about this launcher, read Android Captain’s Review of Nova.

One thought on “Android Launchers”